Popular
You are at:Home»Campaigns»Wear the Laces Campaign

The aim of Wear the Laces campaign came from Special Olympics need to continue to raise awareness and funds across Europe/Eurasia to reach out to every single person with a disability and increase participation in Special Olympics Programmes. 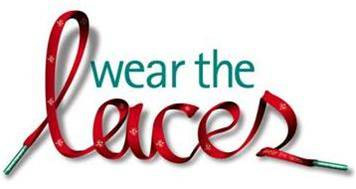 The Wear the Laces campaign celebrates the unity of sport, its powerful ability to unite communities, capture attention and inspire goodwill. When you ‘Wear the Laces’ YOU are making it possible for the Special Olympics movement to transform more lives through the power of sport and you declare that YOU are a fan of dignity and inclusion.

Gibraltar embraced the opportunity to get people to “walk side by side, tied together by a common thread of respect and inclusion”.  The launch of this very ambitious campaign was to coincide with the European Games in Poland, 18th-24th September, 2010. As is usual prior to Games the Final Leg of the Law Enforcement Torch Run would take place through some countries in Europe and Gibraltar would play host to this exciting event on 9th September.  Did I say exciting…well it was but happening on the eve of our National Day it presented us with a few rare challenges indeed….to which we rose admirably! (My first thought on hearing the date was…at least we will have the flags out!) The “Flame of Hope” was welcomed with due pomp and celebrity and our own Wear the Laces campaign was also off to a good start. 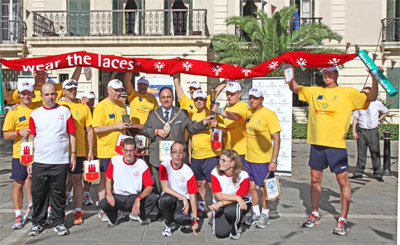 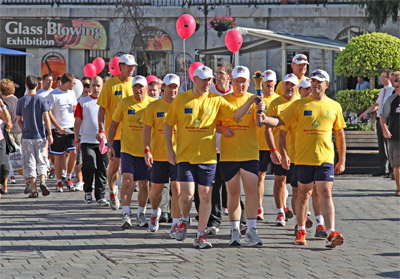 The “Flame of Hope” being escorted into Main Street.

The next day was National Day and committee members, friends and volunteers were selling laces to a very supportive public. 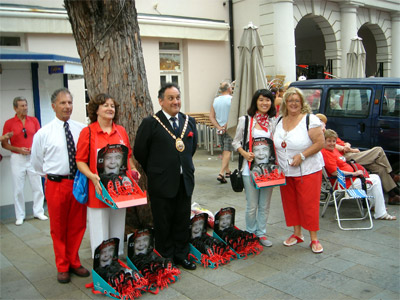 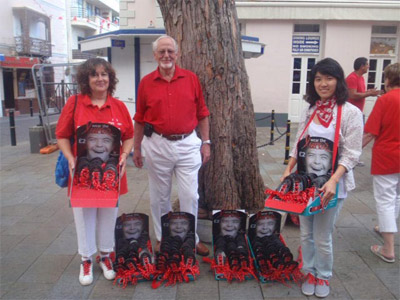 That was not the end of it.  December 3rd, the eve of International Day of Persons with Disabilities saw Special Olympics in the heart of Main Street as the local newspaper The Chronicle portrayed next day; 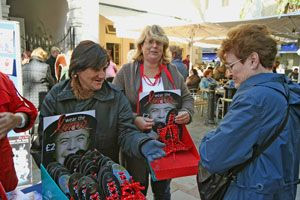 It was a bright breezy day and the Laces sold at a brisk pace much to our delight.  We shared our venue very briefly  with the local Red Cross Society who were holding their annual Christmas draw…..on condition they all bought a pair of Laces!  They generously did so. 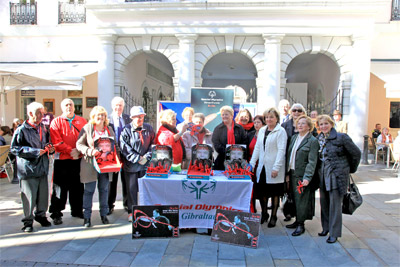 Tying the community together with members of the Red Cross.

The campaign was well supported locally.  Special Olympics are grateful and thankful to all who gave time, effort, love and support to this campaign.

As part of the Wear the Laces Campaign programmes were asked to recruit Ambassadors, celebrities, local dignitaries who by wearing the laces would send a message of acceptance and inclusion in our society as we celebrate the athlete’s courage and ability.

Wearing the laces gave the chance to platform the amazing power of Special Olympics, through sport to help transform the lives of people with learning disabilities.

Thank you to all our Ambassadors for Special Olympics Gibraltar.