Special Olympics Gibraltar expects to send a delegation participating in alpine skiing and snowshoeing events. There will be seven sports in all in the games, being alpine skiing, cross-country skiing, figure skating, floorball, short track speed skating, snowboarding and snowshoeing. There are expected to be approximately 2,000 athletes taking part in the games, from 108 countries with around 3,000 volunteers.

Kazan is the 1,000 year old capital of Tatarstan in southwest Russia and is largely considered the sports capital of Russia. It regularly hosts world-class international sports events. It will provide host city hospitality from 19th January 2022, with the opening ceremony of the Games on 22nd January 2022. The games themselves will take place from January 22nd to 28th with the closing ceremony on Friday 28th January 2022. The games will be broadcast around the world by ESPN. There will be the usual cultural, arts and entertainment programmes planned during the games. 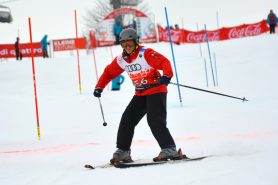 Special Olympics Gibraltar programmes have all been on hold during the lockdown along with other sports, but SOG hopes to be able to announce their resumption again soon. Special Olympics is closely following the COVID-19 guidance from the WHO and other local, national and global health authorities to minimize risk to SO athletes, volunteers and fans.