Popular
You are at:Home»News»Tribute to Robert Sargent Shriver 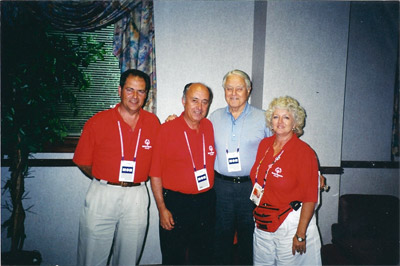 Robert Sargent Shriver was a public servant, to his country, the world and his family.  To his family we would like to offer our heartfelt condolences on his passing, not two years after their mother Eunice passed away.  Loss is never easy and Special Olympics Gibraltar is aware of your pain and prays with you for ease and comfort.

Sargent Shriver was an International lawyer, ambassador and advocate for the poor and powerless. Powerless. Sounds like a hopeless word but not under his baton of humanitarianism. He had a vision to help those less fortunate in society and make a difference in their lives.  He had a passion for service and spent his lifetime striving to improve the lives of people with intellectual disabilities.

Gibraltar’s present minister for the Environment and Tourism the Hon Ernest Britto remembers;   “I had a long meeting with him at the North Carolina Summer Games in 1999.  He was a very educated man, genuinely interested in Gibraltar and sympathetic to its problems. He was a real friend to Special Olympics and worked tirelessly on behalf of people with intellectual disabilities. I would like to offer my condolences to his family”.

Rest in eternal peace Mr. Shriver and thank you for the time and energy which you gave to Special Olympics, the beacon of hope for our athletes.